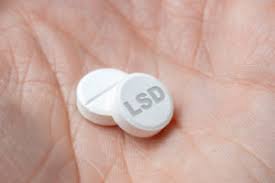 Buying LSD online is risky for many reasons. The product is sometimes fake, and other times, it is cut with drugs that could be more dangerous. Your mail could also be seized.

Buying LSD Online: How Is It Done?

According to the 2018 Global Drug Survey, it is becoming more and more common for people to order psychedelic drugs online on the dark web. Ten percent of survey participants (drug users) reported that they had used darknet markets to purchase drugs in the past year. Finland reported the darkest web use, with more than 45 percent of drug users buying drugs there. By comparison, the U.S. reports around 18 percent of drug users using the dark web.

The dark web has been around since the launch of the Silk Road, an online black market for drugs and other illicit goods, in 2011. The Silk Road was the prototype for purchasing all manner of illegal things online.

The Silk Road has since been dismantled, but the dark web lives on. While it seems like the Wild West of unregulated criminality, there are some rules of operation. For one, you cannot access darknet markets without masking your IP address. Several layers of encryption and security try to protect both parties during these illegal transactions. The dark web is good at its job. In a survey of 15,000 cocaine users, nearly a third said they could have cocaine brought to their house in 30 minutes or less.

LSD, being one of the most commonly used drugs, was reported to be ordered by a fifth, or 20 percent of dark web users who participated in the survey. While the dark web is an effective and efficient way to buy drugs on the black market, it doesn’t mean it is safe.

The Dangers of Fake LSD

Getting caught is not the only thing you have to worry about when you buy LSD online. One of the biggest problems people encounter with buying LSD online is getting a fake product.

What is fake LSD? It takes many forms. In fact, any phenethylamine hallucinogen that lasts longer than six hours and is concentrated enough to be put on blotter paper can be sold as LSD.

Many fake drugs have surfaced as a result of the research chemical market. Drug dealers have found a semi-legal loophole to sell drugs under the guise of “research chemicals,” which is technically considered legal. Because of this, many knockoff drugs have flooded the market during the past 10 years.

Fake LSD has been manufactured to make it easier to transport and distribute. This fake LSD has no chemical resemblance to real LSD, which is a chemical naturally produced by the brain.

Fake LSD can cause many awful side effects, some of which are not associated with real LSD. The fake product can trigger vasoconstriction, a loss of blood flow that can cause hands, feet, and other extremities to get cold and even turn blue.

Fake LSD caused a recorded 19 deaths in the United States in 2013.

On the other hand, real LSD has not been known to cause overdose deaths.

When you buy LSD online, there is no way to be certain if you are getting authentic LSD or its fake counterpart.

How to Know if LSD is Real

There are testing kits that claim to test the legitimacy of LSD. These kits can positively identify LSD.

Oftentimes, they will identify if 25i-NBOMe is present in the drug. This is a very dangerous substance that is often sold in place of LSD. If 25i-NBOMe is detected, most users will opt out of taking the drug.